This morning’s ride started with a flat rear tyre on the Dunelt fixed gear .

Luckily I hadn’t even left the garage and with damp underfoot conditions I wanted to use a bike with guards.

So the only other bike that fitted the bill was my daily commuter the Marin Bear Valley .

I decided straight away to change my intended route to take in the cycle path that runs from Thrapston to Rushden lakes.

This meant that the first 15 miles were all on tarmac and then the next 6 and a bit were a mixture of smooth and rough gravel surfaces.

The Marin always gives me a smile no matter what it’s being used for . The homeward journey was another 7 miles of tarmac .

As I rode through Irchester I decided to do a lap of Irchester country park . 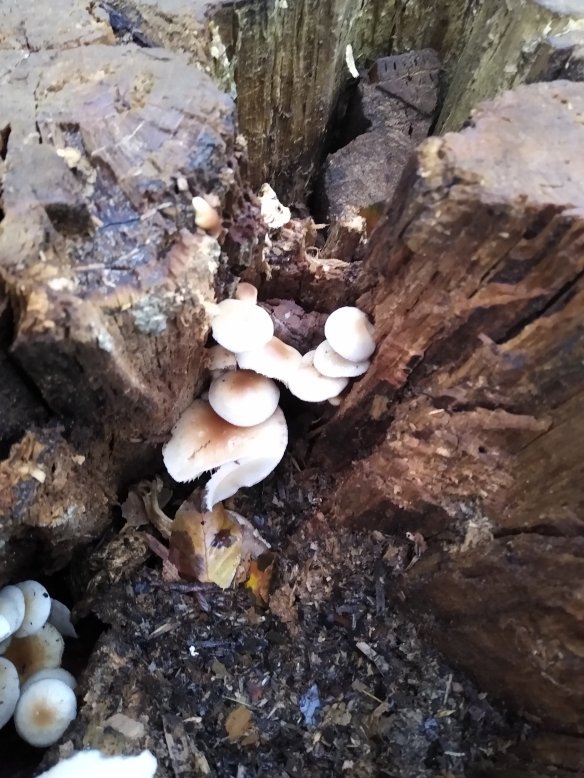 The ride ended up being just over 29 miles in length , I have no idea how long my smile was but it certainly stayed for most of the day.

Way back in July 2012 I answered an advert in the local free paper where somebody was offering  a gents 10 speed tourer  . I made arrangements to go and have a look later that same night expecting to find a fairly modern low grade machine .

To my surprise I was greeted by what I was told was a 1950’s Dunelt  531 framed gents racer that the seller had bought new with  his own wages , and had hand painted it a couple of times since so any chance of verifying its originality was lost and all I had to go on was what the elderly gentleman was telling me .

I also came away with a selection of older style cycle maintenance tools that included a cast iron wheel jig . Once home it was obvious to see this was more like “ triggers” broom as almost every original part had been replaced so it had led a fairly hard life and apart from frame and forks the only other original parts were the Reynolds 531 lugged quill stem and a set of matching handlebars .

We were off on a family holiday not long after buying this bike so I elected to take this with me to accompany my daughter on some promenade rides at Burnham on Sea . Once back from holiday I carried on using the machine for commuting and general rides , I can’t remember how many rides or miles I covered on it . But around the same time I picked up a 70’s Falcon road bike that was made with tru well tubing but its original paintwork had seen better days along with many of its components so I decided that between the two bikes I could make one good bike and have a frame set left over that could be sold . So I made a decision to have both framesets bead blasted and powder coated in a nice bright colour .

Once the pair were collected I decided to build the Falcon up and sell it on once I had covered some test miles on it and I would put the Dunelt frame up for sale and it duly sold as did the Falcon bike .

As the years have passed I have seen the Dunelt frame for sale on e bay by its original buyer and  it had never been built up , so each time I put it in my watching pile but never actually placed a bid on it until a few weeks ago when it popped up for sale again at a fairly low starting price so I placed my bid and waited as the days then hours ticked by , and was surprised that nobody else had bid on it .

So when it arrived back with me , I pressed on with readying it for build by cleaning up the inside of the seat tube and fork stearer threads and then gradually started to bolt parts to it , most of these parts were removed from a  Kalkhoff touring bike I had been gifted a few weeks before .

Once I finished fitting the parts I pressed on with making it road ready as quick as time would allow as I had earmarked this bike to be my main winter bike if it rode as well as I remembered it doing in 2012 . The first few outings were my daily commutes to and from work where I could make a note of what came to light as I rode along and then make the adjustments or changes once back home . After a few days of these short rides I decided a longer ride was required to check the comfort level and a couple of early morning 12 mile loops were completed without any issues .

Last weekend was the Dunelt’s first chance of doing a longer ride as I was fairly happy with the comfort and performance of the bike , so off I set on a route I had wanted to do for quite a while but had never got round to . The bike went well and answered all my questions , only issue was when the rear gear cable slipped and dumped me in 6th gear this was quickly sorted and the ride was completed with no further issues . 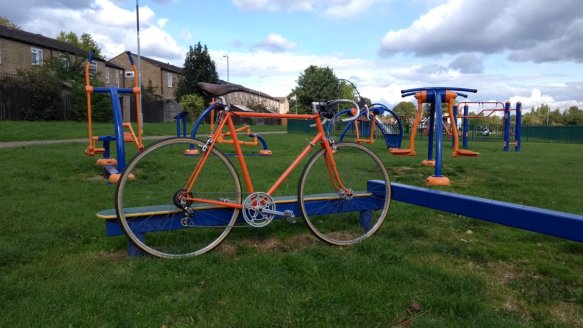 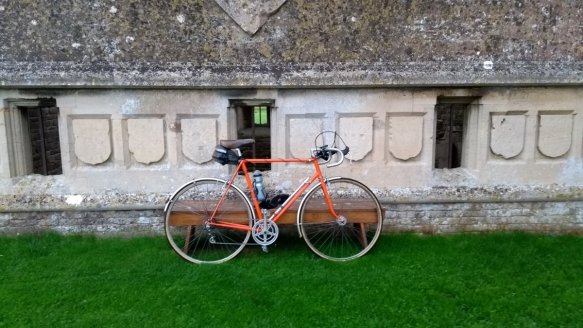